This week Siemens AG (SIE) announced that it would spin off Osram next year and retain about a fifth of the company. after realizing that investments to keep pace in the lighting market would be too great for the engineering company to shoulder.

Costs from an overhaul, including plant sales and job cuts, will erase earnings at Osram, which posted a 121 million-euro ($156 million) loss in the year through September, the Munich- based company said today in a report ahead of the spin off. In total, parent Siemens will incur about 200 million euros in costs related to the spin off process and making Osram a stand- alone business.

Osram will incur about 500 million euros in costs over the next two years as it adapts operations to make LED technology, rather than incandescent light bulbs that are being phased out. Earlier this year, it canceled a plan for an initial public offering of Osram.

The lightbulb maker is seeking to reap 1 billion euros in cost savings by 2015 while cutting at least 7,300 positions. Rival Royal Philips (PHIA) Electronics NV is also in the midst of a group overhaul that will result in the loss of about 6,700 jobs, with lighting accounting for a share of that.

Siemens presented financial details for Osram for the first time today. Shareholders will have to approve the plans at the company’s annual meeting Jan. 23, and will receive one Osram share for every 10 Siemens shares they own.

To contact the reporter on this story: Richard Weiss in Frankfurt at rweiss5@bloomberg.net

To contact the editor responsible for this story: Benedikt Kammel at bkammel@bloomberg.net 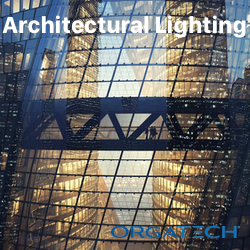